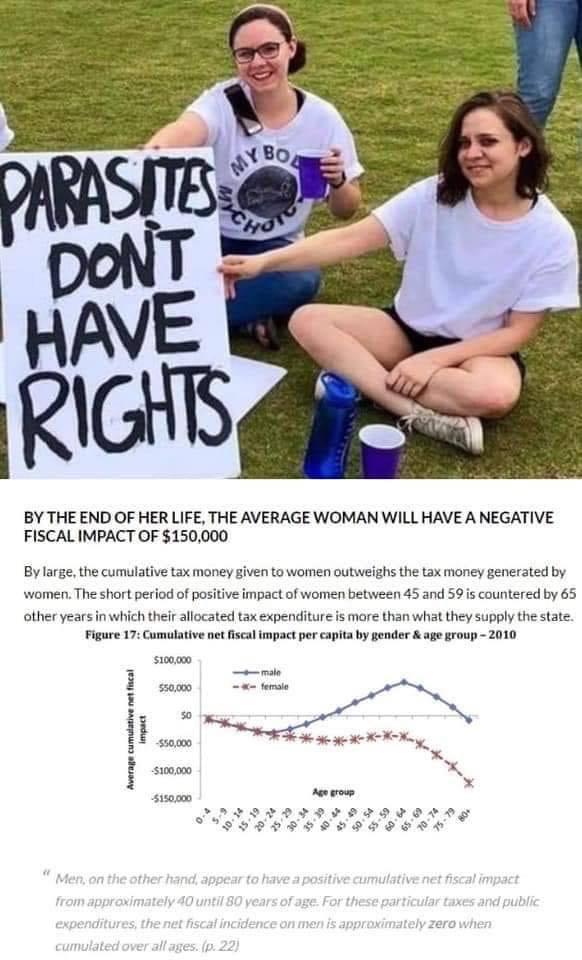 What I am trying to say if parents can choose the sex of their children, most will be more productive if they produce daughters. However, improper counting of productivity may make them choose to produce sons instead. Like in China.

The problem with marriage prostitution and sugar relationship is that women’s contribution to the economy doesn’t show up in GDP.

Prostitution is illegal so under reported. Transactions between women and husbands are often considered “internal issues”. So not reported either.

All the sex, the pregnancy, the sandwich making, and stuff, don’t show up in the economy. So it looks like women are parasitic even though they’re important.

Solution: Ban marriage. Legalize prostitution. Anyone wants to get married can draft their own prostitution/sugar contract.

Record allowance money was given to “wives” as income for girls and jot that down in GDP record.

Now we never have to worry about bullshit like sanctity, or legitimacy, or civil marriage. Let each player call their prostitution what the fuck ever they want. The rest don’t have to agree. Let everyone eat their own bullshit.

Lots of inefficiency in the economy is due to bad measurements you know.

Tada, we achieve true equality. I told you I am a feminist.

Here is what I think the problem is. Our choices are not strictly our choices.

A husband can earn $5k and pay his wife $5k saying she worths $5k a month or she can pay her $1k and stuff. So if her husbands’ income is $5k, the actual productivity may actually be $5k-$10k.

In any case, we don’t count that and we don’t usually care because that’s their internal problems. However, our decisions are not decided just by private decisions. We tend to take into account laws when making decisions.

For example, we avoid decisions that are illegal or politically incorrect. That requires public debate.

If the wife’s fucking worth $5k and she ends up coding instead of fucking husbands and get paid $1k a month, then the total productivity drops.

Now some politicians may say, look, we got to give women maternity leave to encourage them to work. This may reduce productivity as a whole.

However, the rhetoric will look good on voting because her productivity fucking her sugar daddies/husbands do not show up on GDP calculation while her working as programmers shows up.

We can tax wife for money her husbands/sugar daddies give her but that looks like double taxation and will cause under-reporting of the value either.

I would propose that we legalize prostitution, and tax them really low like 1%. That way the stuff shows up on Governments’ GDP register.

This site uses Akismet to reduce spam. Learn how your comment data is processed.